BLOG
You are here: Home / BLOG / BLOG / The Experience Of Renting a Car In Israel

A car rented out on the Holy Land – that’s easy! Local residents made the car rental process convenient and easy for everyone who comes to admire the beauties of Israel. And if you take into account excellent road network of the country, auto travel on rented wheels turns into pleasure. After all, there are more than enough cultural, historical and religious attractions in Israel, and in order to have time to see everything, it is better to travel by car. Traveling by car along the Promised Land is one of the best ways to see the color of the country, to embrace its nature, sightseeings and at the same time to be independent enough from many factors. Fortunately, car rental in Israel is quite affordable.

Who can rent a car in Israel

Anyone who has national and international driving licenses and is at least 21. But individual rental offices can set a minimum age limit of 23, 24 and even 25 years. If the age of a renter is less than the fixed, he or she will have to pay extra money for renting a car. Also a passport and an international credit card for the same person are required. On the card there should be an amount more than the cost of renting a car (this amount + deposit is blocked). Sometimes you need a minimum driving experience of 1-2 years. In addition, non-citizens of Israel can not pay VAT (17%). You should do this when presenting a coupon about crossing the border – it is issued to all tourists on passport control. Sometimes rental offices set their requirements for driving licenses. So, they should contain information in English, the expiration date of the document shouldn’t end earlier than one year on the arrival date of renter in Israel.

No more documents are needed, and the car is at your service!

Where it is more convenient to rent a car

Of course, the most comfortable option is the airport – you flew in and immediately got a car. But, at the same time, this option is the most expensive (airport tax costs 27-29 dollars). However, this amount is not compared to the transfer cost – the latter can be two or even four times more the cost of the rent.

It’s better to reserve a car in advance. Nowadays, any self-respecting car rental company has its own website on the Internet. In addition, it is always nice to fly to the airport, sit in the already prepared car, and go to the hotel. And at the end of the vacation to come to the airport, return the car – and on the plane.

It’s better to view sites of rental companies slowly. Depending on the time of arrival, the season, the number of days and the car brand, the prices on different sites may vary greatly. Also, the system of discounts and bonus shares plays a role.

All websites are divided into four types:

When reserving a voucher must be issued, and it contains a concrete rental office.

It should take into account that fact, that it’s not always possible to get a particular model. As a rule, only the car’s class is determined. And then, the principle of cars interchangeability works. For example, if a tourist has reserved the Mazda 3, then it’s class J. Accordingly, instead of Mazda, he can be given the Toyota Corolla, the Hyundai Elantra, the Hyundai i30 or a car of a higher level, if such is not available.

Car interchangeability tables are available on reservation websites. There you can see if there will be a charge for cancellation, if something doesn’t work out with the trip.

What does a car rental in Israel cost?

First, a season of renting a car plays a role. There are seasons of a large influx of tourists (for example, the time of Easter or Christmas). Accordingly, the cost of cars will be different. Time of day also plays a role in estimating the price of rental. More days of renting a car reduces its cost, less – increases. On average, renting a car in Israel costs $20 (economy-option) or $30-40 (mid-level car) per day.

But often the rental price is put without the cost of insurance. This point should be taken into account immediately.

When reserving a car, pay attention not only to the cost of the car, but also whether insurance and airport taxes are included in this price. Usually rental agents don’t include something in the price, so that the cost would seem lower. Look for the option “Rental conditions”, there should be everything listed: what is included and what is not.

Look at the exchange rates on your bank’s website and try to calculate the rental price in different currencies. Sometimes it’s more profitable to pay in rubles, and sometimes – in dollars or euros.

Of course, the cost of gasoline is not included in the rental price and paid separately.

You must pay an additional in the following cases:

– you were fined (the penalty is paid only by you);

– you chose for driving a toll motorway section (for example, Highway 6 (the Trans-Israel Highway), the Carmel Tunnels and a 13-km section of Highway 1 left lane);

– the car was returned with a partially full tank (and taken with a full one); but if before returning the car you refuel not near the rental office, but 15-30 km before it, an arrow will still show a full tank. A bit, of course, but in this way you can save money;

– you’re more than an hour late with the return of the car;

– the car is returned with a damage;

When the renter wants to put a child seat in the car or take an additional driver, as well as use the navigator, he will pay extra money for all this.

The car rental company has the right to charge a $20 commission for any additional payment. 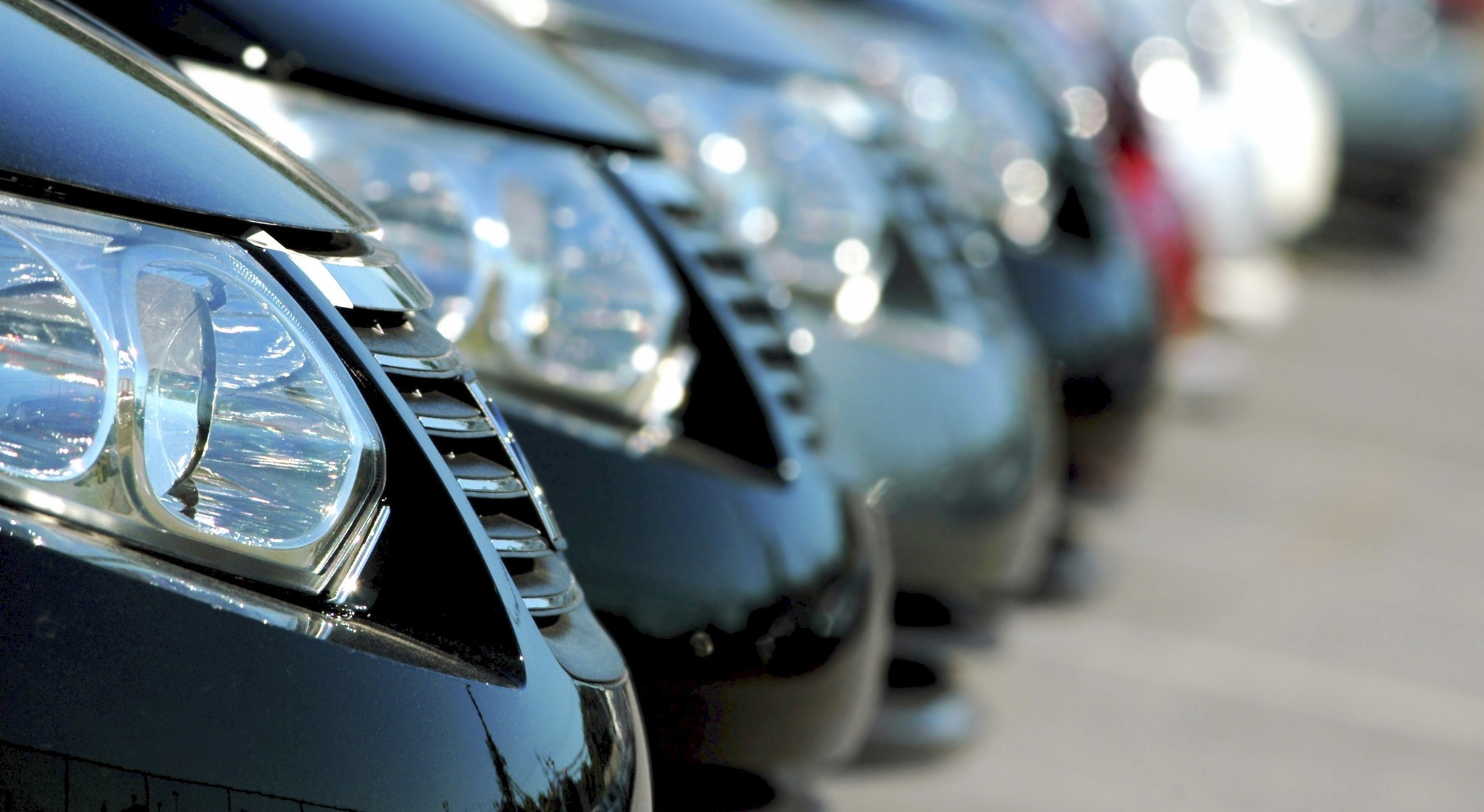 How to rent a car after arrival

Even when reserving immediately, it is necessary to clarify whether the car will be taken back in the same place where it was given. International flights land in the third terminal of Ben Gurion Airport. Many car rental firms give the car in the same place. But will have to give it back in the first terminal. Shuttle buses drive between the terminals, and it is not necessary to pay for them to those who have flight tickets. Always specify where you need to come to calmly return the car to the company’s employees. After it, the entire deposit is usually returned to the card on the third day.

So, the tourist, arriving in Ben Gurion, goes to the second floor of the third terminal and finds his rental office. He gives an employee a reservation voucher (if the processing was made through the Internet). In addition, you must show your passport, driver’s license and credit card. As a rule, the staff speaks English fluently (and sometimes Russian). An arriving renter may be asked where he will stay. It’s necessary to name the hotel or friends’ address and phone. One more question is asked about the full insurance. If you drive confidently, you can issue the usual. Rental firms always offer full insurance, because this is an extra money for them.

After registration of the agreement, the deposit is blocked on the card and, if there was no advance prepayment, the car rental amount will be charged. The tourist gets the car keys. The rental agreement is signed.

Further, the staff leads the tourist to the parking lot. The car is checked for a damage, a spare, a wheel wrench, a hand screw, a first aid kit, a reflective jacket, a mileage of the car and amount of gasoline in the tank. It’s better, ideally, to tape the inspection process on video, especially if there are damages (even small scratches and chips). Don’t forget to clarify the brand of gasoline and where the fuel flap is located (and also how it opens). Only after that you can sign the act.

When returning the car in the third terminal of Ben Gurion Airport you should get a ticket from the barrier to the car returning parking lot.

Another thing that tourists – car renters need to know: in Israel, there is an anti-theft system with four-six-digit code on many cars.

The procedure for starting the engine of the car with the code:

Also, it is necessary to write down the phone numbers of the car rental company, so that you call them if something happens to the car.

In general, you can rent a car in different parts of Israel: in Tel Aviv, Jerusalem, Eilat, Haifa and other cities. Almost all offices work on reduced hours on Friday, and rest on Saturday. Only at Ben Gurion Airport you can take and return the car around the clock.

How to drive a car in Israel

There is nothing particularly complicated in the SDA of Israel, unless there are huge fines for violations that drivers commit. So, the Israeli traffic regulations require you to hold the steering wheel with two hands. No conversations on the cell phone, if there is no hands-free headset (otherwise a fine of $130).

It’s better not to violate a speed limit – there are traffic cameras everywhere, and traffic police have a lot of radars of the most varied modifications. Radars can be located even in a civilian car parked at the sidewalk.

It is necessary to give way to pedestrians on crossings. Slow down in advance, and be mindful of exceptional priority of pedestrians. If you don’t give way to the latter, you will have to part with the equivalent of $130.

If you exit the car on any road without a reflective jacket, the penalty will be $65.

If someone in the car aren’t fastened with a safety belt (no matter where he is – on the rear seats, everyone is obliged to fasten himself too), then the fine will also be $65.

Fines for speeding on the urban road in Israel:

Fines for speeding on the international road in Israel:

If a tourist drinks more than two glasses of beer and thus exceeds the acceptable dose of alcohol in the blood (0.5 ppm), the fine can reach several thousand shekels. But this is not all: the driver will be deprived of the right to drive for up to several years. 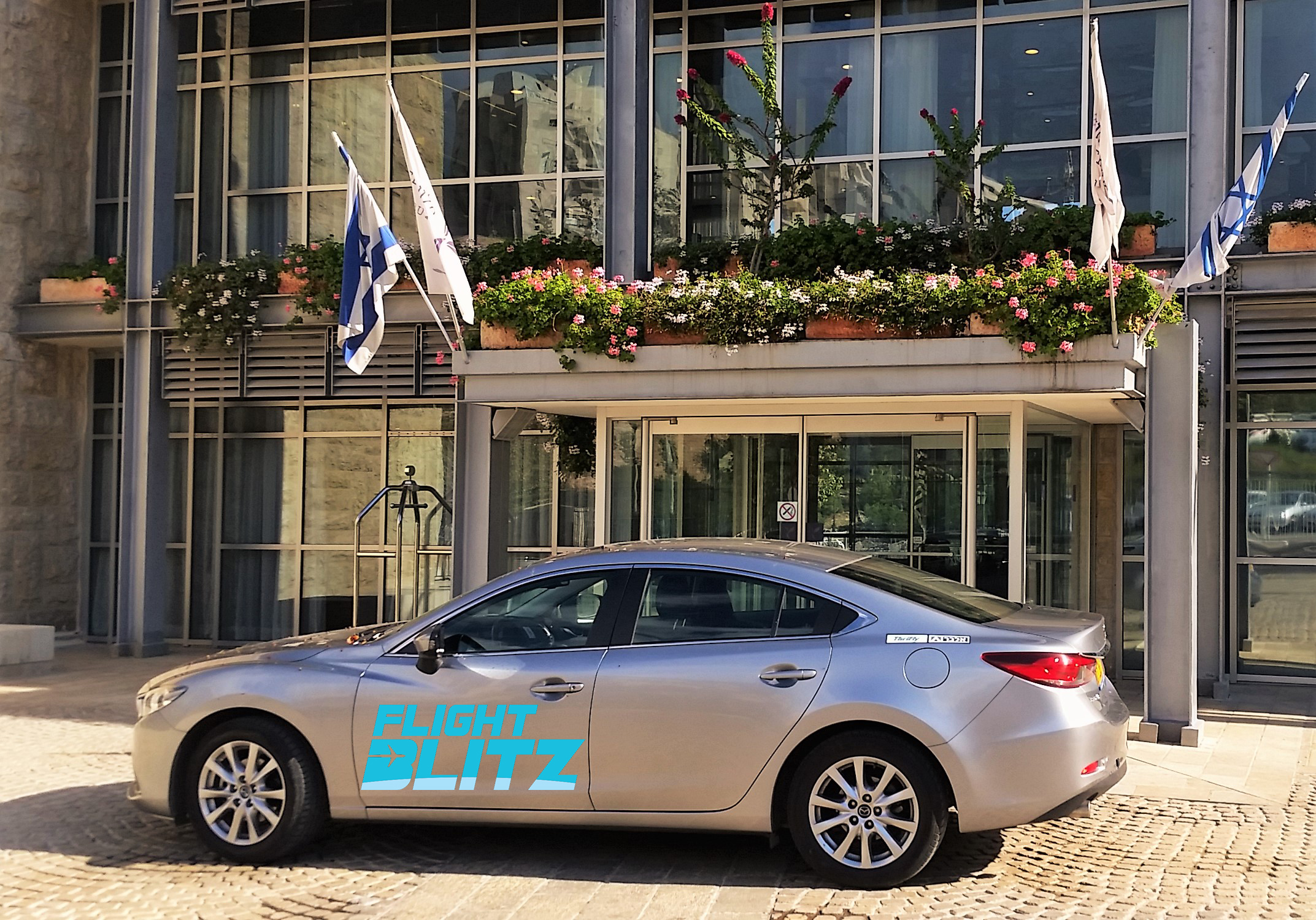 As you can see, there is nothing supernatural in the process of renting a car in Israel. And if you are also a disciplined driver – fully enjoy the Israeli weather, nature, sights! Don’t forget that an IDL, international driving license, is necessary in Israel. Don’t you still have it? Don’t worry, right on our website you can issue IDL easily and without extra questions.